CBS Outdoor Netherlands will continue to manage exclusively the advertising at all railway stations in the Netherlands after announcing last week the extension of their existing partnership with NS Poort. 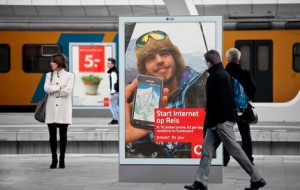 The partnership is the largest outdoor advertising contract in the Netherlands and is the only one that offers nationwide coverage and distribution, making it a unique proposition for advertisers who want to reach an audience of 2,750,000 people each week.

As part of the partnership, there will be a multi-million euro investment by CBS Outdoor Netherlands into upgrading the advertising infrastructure at stations, including the development of a digital panel offering.

This entry was posted on Sunday, December 11th, 2011 at 14:38 @651 and is filed under DailyDOOH Update. You can follow any responses to this entry through the RSS 2.0 feed. You can leave a response, or trackback from your own site.