An Interview With Frank Larsen

We were lucky to interview Frank Larsen, the new vice-president of EMEA for Scala late yesterday. 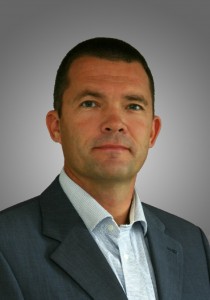 In fact, Scala is lucky to still have a Frank Larsen. On the way to an airport in Sweden to catch a plane back to his home and family in Roskilde, Denmark, Larsen’s taxi was hit by a truck. While no-one was injured, Larsen was naturally pretty tired by the time he got home and spoke to us.

“I was texting Oscar Elizaga,” – the new vice- president of the Americas, North, Central and South America who formerly held Larsen’s new position – “when a truck took out the side of the taxi,” says Larsen.

Travel will be a key part of Larsen’s new position, and it will hopefully be less adventurous that this trip was. Larsen will spend about a third of his time at Scala’s office in Oslo, Norway, and a third at the office in Maastrich, The Netherlands. And with the mandate to help grow the Scala business in Europe, the Middle East and Africa, chances are that he’ll be seeing more than those two offices.

“I expect that my initial concentration will be on Germany and the U.K., where we see a big potential for further expansion,” says Larsen. “We’ll have to reinforce our sales team with new hires. We’re also be looking at hiring more developers and people in marketing. I’ve been given a free mandate to build as required.”

All this is to put into place a new strategy being initiated by Tom Nix, Scala’s new CEO. This ‘Demand Generation Program’, basically calls for Scala to go out to potential customers with its solutions rather than waiting for calls from customers for solutions – what Larsen calls ‘as sales receivers.”

“While Europe is a priority, the Middle East is also expected to require a lot of new production as and when it stabilizes,” Larsen says.

Larsen had been a Scala partner since 1991 in Denmark as a full solutions provider. He eventually went to Scala and offered to help the company build its business in Denmark. Scala is now the biggest provider in Denmark and a major player across the full Nordic region. Officially a consultant in 2006, Larsen has been a full Scala staffer since 2008.

“My mandate is to strengthen and build in the EMEA, as I built up Scala in the Denmark and the Nordic region,” he says. “We want to have significant growth.”

Likely to help this growth are a number of new developments by Scala to be seen in 2012, Larsen says.

And along with hiring new sales staff and developers, he says that Scala is always interested in adding new partners.

And with our short interview out of the way, during which he sounded calm and collected, Larsen just wanted to head to bed. Considering the events of his day, can’t say that we blame him!

This entry was posted on Tuesday, December 20th, 2011 at 07:01 @334 and is filed under DailyDOOH Update. You can follow any responses to this entry through the RSS 2.0 feed. You can leave a response, or trackback from your own site.