Not digital but certainly interesting out-of-home media were the frozen DC-3 planes that ‘landed’ in Toronto and Vancouver last weekend. 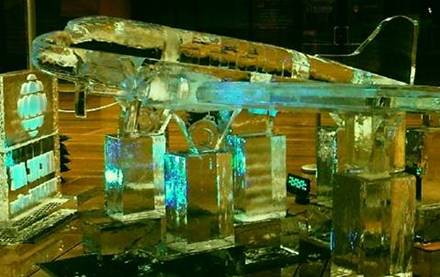 Arctic Air is a one-hour adventure series set in the booming Arctic, about a maverick airline and the unconventional family who runs it.

“Our mandate was to execute a creative campaign to drive viewership and awareness for the dramatic CBC television series Arctic Air,” says Lindsey Blake, Newad’s director of experiential marketing for Central Canada. “The initiative was developed by M2 Universal, which handles media planning for this CBC series.”

This entry was posted on Friday, January 13th, 2012 at 10:00 @458 and is filed under Scuttlebut. You can follow any responses to this entry through the RSS 2.0 feed. You can leave a response, or trackback from your own site.