High Winds across the western seaboard of North America are affecting many folks’ travel plans ahead of #dse2012 which (exhibition) kicks off Wednesday. 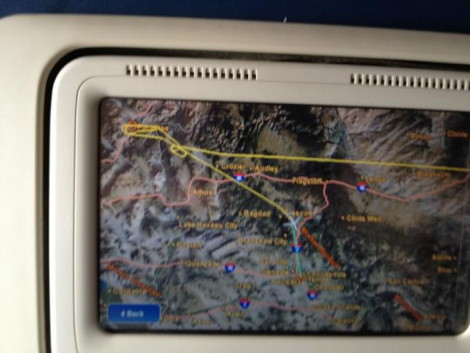 Several folks have told us that they have been diverted to LA and have had to stopover for the evening and a couple of others were diverted from LA (on a stopover) to local airports. It’s mad out there wind wise so everyone please be extra vigilant and be a little flexible if your meeting or dinner date doesn’t arrive on time!

There’s no truth by the way in the rumour spread by @Oliver_Vagner who tweeted this afternoon “@DailyDOOH is gossiping so much at #dse2012 the excess wind is keeping plans from landing in Vegas #flightplanfail pic.twitter.com/WyM3Regt“

This entry was posted on Wednesday, March 7th, 2012 at 00:42 @071 and is filed under Scuttlebut. You can follow any responses to this entry through the RSS 2.0 feed. You can leave a response, or trackback from your own site.