DOOH vs The Astronomers

We’ve learned via The Arizona Republic of a protest against digital signage that’s a bit unusual: the protesters are Arizona’s observatories and astronomy industry. 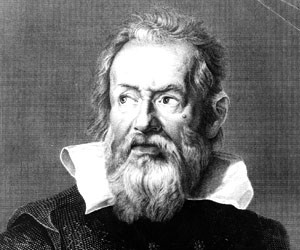 I told you the earth is round

The electronic billboard industry is pushing a bill that would make 70 existing digital billboards along Arizona’s highways legal in the wake of a state Court of Appeals ruling.

However, Arizona’s observatories and astronomy industry want a statewide standard to ensure ‘dark skies’ protection for areas within a 75-mile radius of observatories.

The Arizona Republic reports that billboard companies approached lawmakers for a change to state law after the Appeals Court last fall ruled electronic billboards did not comply with the state’s ban on intermittent light. The constantly changing messages on digital billboards produce varying flashes of light vs. the steady stream of light that illuminates traditional boards.

According to the Bill, the billboards would be able to display messages for at least eight seconds, with a maximum two-second transition time to the next ad. However, the astronomy backers rallied when they realized the bill would effectively lift the ban on digital billboards, both current and future, releasing even more light into the night skies. They saw the court ruling as a chance to ensure a statewide standard rather than relying on a patchwork of local regulations. A statewide standard would make it easier to convince government and private-sector groups interested in having observatories in Arizona that dark-sky guidelines will not vary.

Arizona is in the running to attract the Cherenkov Telescope Array, a $130 million project that would be located in northern Arizona. The astronomy group say that allowing electronic billboards along Arizona highways would send a negative signal and could persuade the multinational consortium pushing the Array to move to one of the other competitors: China, India, Mexico or Spain.

However, the billboard companies say that it’s all light that’s there already, and that the astronomers are training their telescopes on the heavens and doing their work even as the billboards have been broadcasting their illuminated messages.

Observatory officials are pleading with lawmakers to accept amendments to the bill that would create the protection zones of 75 miles around any observatory as well as limit the amount of light allowed by digital billboards.

Last we heard, the Bill was still being discussed in the Senate.

This entry was posted on Friday, March 23rd, 2012 at 07:44 @364 and is filed under DailyDOOH Update. You can follow any responses to this entry through the RSS 2.0 feed. You can leave a response, or trackback from your own site.