Intel, with its latest embedded systems technology, is partnering with digital out of home media company PilotTV in Taiwan for a digital signage showcase co-marketing project in Asia. 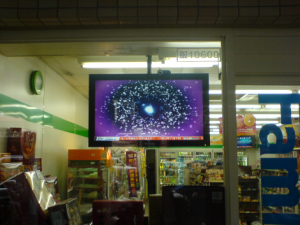 Intel AIM Suite anonymous video analysis techniques will combine with PilotTV-developed OViewer ratings measurement system to accurately capture media viewing and determine such information as age and gender – this looks like a SWITCH as previously, the Quividi system seems to have been used by the network before, Ed.

In addition to determining accurate consumer information, providing the launch with a reference in the future, these technologies will enable advertisers to precisely convey their messages to the most appropriate consumer groups, thereby maximizing the effectiveness of their advertising budgets.

PilotTV is a major digital signage aggregator with its own in-house software team in Taiwan with more than 3000 screens reaching 4 million people daily. Its displays include two screens besides the entrance door and above vending machines in FamilyMart stores; on Kao-Hsiong MRT platforms and at ticket stations; and facing the largest dining areas in McDonald’s.

The trial will involve 20 sites in the Greater Taipei area with SNB-based OPS + AMT + AIM solution.

This entry was posted on Wednesday, March 28th, 2012 at 06:06 @296 and is filed under DailyDOOH Update. You can follow any responses to this entry through the RSS 2.0 feed. You can leave a response, or trackback from your own site.