Killeen, Texas, isn’t a very big town, but it sure likes its digital billboards. 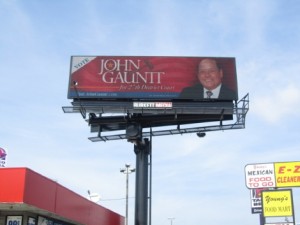 Burkett Media, a rapidly growing independent billboard company in Austin, Texas, has just installed its fifth Watchfire Digital Outdoor Billboard in Killeen, and it was already sold out in terms of advertising before it was even installed.

The E-16mm, 10‘x36’ digital billboard is located on WS Young Drive at the entrance to Killeen Mall near the Central Texas Expressway.

“The billboard was completely leased before installation,” says Beau Burkett, president of Burkett Media. “Advertisers include both national and local companies, including a beverage company, furniture chain, restaurant franchise, hospital, electronics retailer and bank. The billboard has a waiting list of advertisers.”

Located at a stop light at the entrance to Killeen Mall, which gives advertisers excellent exposure. It replaces a 14‘ x 48’ static billboard. All five of Burkett Media’s Watchfire digital billboards in the Killeen market are E-16mm pixel pitch, which Burkett feels gives him the best combination of appearance and return on investment. Maintaining a single pixel pitch across all boards in a single market also provides consistency to companies that advertise on multiple billboards.

“Watchfire digital billboards are crisper and brighter than the competition, and my advertisers recognize the difference,” says Burkett. “In addition, Watchfire boards work well, which allows me to focus on my business. If something does happen, their customer service and support is the best in the industry, hands down.”

This entry was posted on Thursday, April 12th, 2012 at 11:00 @500 and is filed under Scuttlebut. You can follow any responses to this entry through the RSS 2.0 feed. You can leave a response, or trackback from your own site.