As our editor-in-chief hinted at late last week, we had an ultra sneak peak at Barco’s new integrated and immersive lab in New York City Tuesday evening, prior to its soft opening today for various clients in its LiveDots, Dzine, High End Systems and other brands. 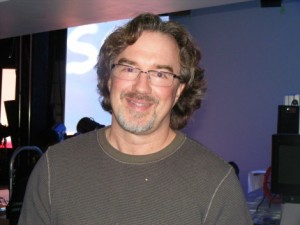 The lab will officially open in May in the presence of Barco’s CEO, the Belgian ambassador and other emmissaries.

“The 6,000 sq. ft. lab in the old Roosevelt Building in New York’s financial district allows us an enhanced ability to get closer to our customers,” says Tyler West, director of corporate marketing for Barco North America.

“It’s our first such lab in North America, and we hope that it will act as a place of innovation. We want to show customers what we can offer, to bring them into our environment, and also learn from and work with them on things that they envision.”

Barco has numerous divisions, and this lab deals more in the LED screens, projections, lighting, staging and enhanced graphics that are used for clients for such events as concerts, shows, film, videos, and projection mapping as opposed to Barco’s clients in the medical imaging, defense, and simulation and training sectors which are operated worldwide from headquarters in Belgium and other global offices. 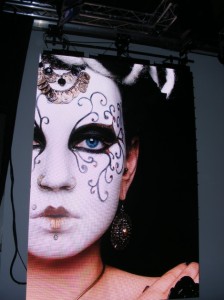 A 5mm LED wall in the new lab

In addition to showing striking screens and lighting projectors, the rooms are set up so that they can be customized according to the type of clients visiting the lab.

There is a fully functional editing suite showing how all formats can be integrated according to client needs and creative formats. And one room is set up to show how multi-screens can be used for security monitoring for police, hydro, nuclear facilities and other groups that might need to keep track of temperatures, statistics and other details.

On Tuesday evening, the lab was bustling with about two dozen people setting it up for today’s opening, but it will ordinarily have only half a dozen staff who will put up and take down aspects customized according to its visitors.

“This will be used mainly as a marketing device where we can bring people from all our different client groups into our environments,” says West. 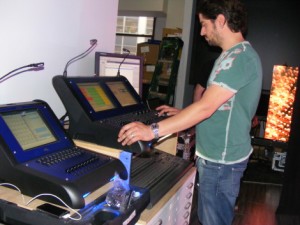 “In addition, we do about 45-to-50 trade shows in North America and about 150 globally. This won’t take the place of our trade shows – we’ll still be at all the big ones – but it may replace a few small shows by allowing us to bring the people into our lab facilities instead.”

This entry was posted on Wednesday, April 11th, 2012 at 07:58 @373 and is filed under DailyDOOH Update. You can follow any responses to this entry through the RSS 2.0 feed. You can leave a response, or trackback from your own site.