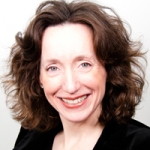 That position added digital and print to her TV-buying background. She was at Universal McCann for more than seven years, and before taking the integrated role had been executive vice-president national buying.

This entry was posted on Tuesday, April 17th, 2012 at 05:55 @288 and is filed under Scuttlebut. You can follow any responses to this entry through the RSS 2.0 feed. You can leave a response, or trackback from your own site.