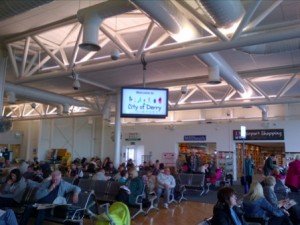 By the end of May, eight of its key airports will have digital networks launched including Bristol, Southampton, Liverpool, Derry, Inverness, Exeter and Newcastle.

Within the next 2 weeks, Bristol digital comes on line with an enhanced network, followed by Exeter and a new arrivals network at Southampton. 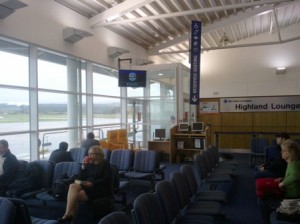 Paula Oliver, MD at Airport Partners told us “We have successfully trialled digital advertising at a number of airports over the last 18 months, often using existing airport screens to test the market cost efficiently. The response from local advertisers has been phenomenal! They love the flexibility and cost effectiveness of the medium.

She added “We have now convinced our airports to install dedicated networks with 42”, 46” or 55” screens. It’s really exciting times for us and we are now looking at larger solus screens in key locations at our airports to further enhance the media offer”.

Since the beginning of the year, Airport Partners have added 50% more screens to its digital holding. The networks are being installed by Solutions AV and the content is powered by Signagelive.

Airport Partners is part of AdGroup, established in 1986 by Andrew Walker, CEO. The Group, based in Harrogate, specialises in outdoor and transport advertising and sponsorship.

This entry was posted on Friday, May 18th, 2012 at 12:05 @545 and is filed under DailyDOOH Update. You can follow any responses to this entry through the RSS 2.0 feed. You can leave a response, or trackback from your own site.