An Evening With The LBMA

The Location-Based Marketing Association held its first Montreal event last night at the offices of Cossette, welcomed by an enthusiastic audience of more than 100 that was comprised largely – judging by the people we talked to – of representatives of young start-ups in the field. 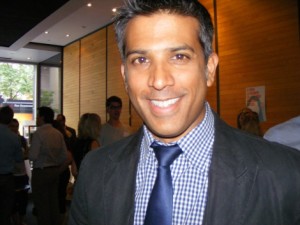 If you ever wanted to know exactly what Location Based Marketing is, Asif Khan, founder and president of the association, gave an excellent explanation, along with information on trends and global examples. He was followed by a presentation from SweetIQ, a new company launched from what had been GetMeListed, and then a dynamic panel comprised of representatives of established companies and Cossette who all have enough experience in the field to be able to discuss what is happening in the field , especially in Montreal.

“Everything revolves around location: location of phone, home, screen, stores, competitive stores, product, friends, consumption,” said Khan, who sees location as a catalyst for changing the world of marketing.

Khan showed how companies are developing their own ways of using LBM to engage consumers and push sales, citing scavenger hunts, trivia games, search, augmented reality, coupon deals. One particularly interesting example was from Sweden where LBM was used by public transit to win customers and make it easy for the tourists to travel and see the city rather than their spending money on tourist buses, boats and small trains. Another from Asia tied together music, fashion and RFID for Starhub. Among its many facets, appropriate music played in fitting rooms according to the clothes being tried on.

Among the takeaways he said:

“LBM is leading to the reinvention and integration of media,” Khan said. 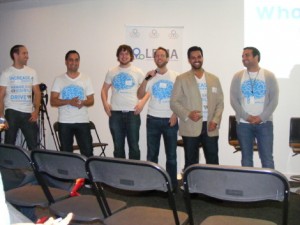 Some of the SweetIQ team

Michael Mire, co-founder and CEO of SweetIQ, discussed wanting to start quarterly community events in Montreal to help shape marketing. The new company of eight has a ‘small’ goal: to foster community on the world stage and define the 21st century of marketing.

We noted various bytes from the panel:

This entry was posted on Friday, June 8th, 2012 at 10:00 @458 and is filed under DailyDOOH Update. You can follow any responses to this entry through the RSS 2.0 feed. You can leave a response, or trackback from your own site.