Robert Doel has joined CBS Outdoor UK as group account director, managing key relationships with Posterscope and the Posterscope trading team, further developing the existing partnership with Posterscope and maximizing opportunities available during both the London 2012 Olympic and Paralympic Games as well as through the rest of 2012. 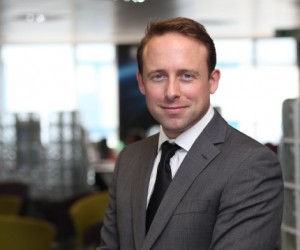 Doel will also lead in recruiting, training, managing and developing the members of the team.

Previously, Doel has worked at Primesight as group head of innovation, where amongst other things he developed new procedures for the selling, booking and implementing of ambient media campaigns, working his way up to strategy and ventures director. Prior to this, he was at Boomerang Media as a sales executive.

“Robert will be an invaluable addition to the Posterscope team as we look to take the partnership to the next level,” says Jason Cotterrell, country director at CBS Outdoor UK. “He has a wealth of experience behind him and will be a great asset to the firm.”

This entry was posted on Monday, June 11th, 2012 at 11:00 @500 and is filed under Scuttlebut. You can follow any responses to this entry through the RSS 2.0 feed. You can leave a response, or trackback from your own site.