Back in October 2011 we wrote ‘Mitsubishi Wins Digital Signage Contract For Narita Airport‘ and looked forward to seeing a total of 340 display units; including two pairs of 330-inch screens, a concave organic light-emitting diode (OLED) screen and multiple touch-screen displays – all in partial operation by March 2012 and full operation by the summer.

Well, here it all is… 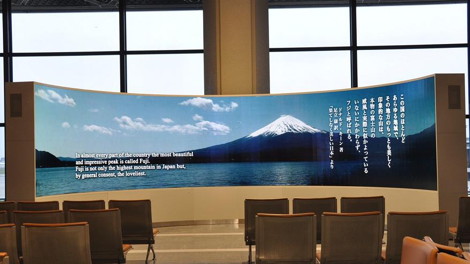 The rest of Japan’s largest digital signage system covers all the passenger terminal areas and the ‘system’ displays airport news, entertainment and advertisements as well as “relaxing imagery depicting the beautiful natural scenery and marine wildlife of Japan”. 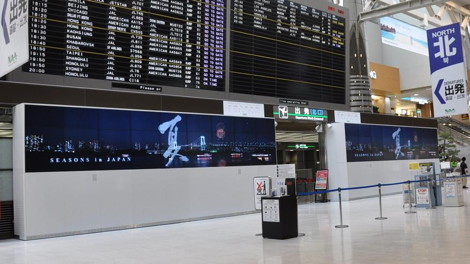 The system is able to switch instantly from scheduled videos to information or emergency announcements.

This entry was posted on Wednesday, June 27th, 2012 at 06:52 @328 and is filed under DailyDOOH Update. You can follow any responses to this entry through the RSS 2.0 feed. You can leave a response, or trackback from your own site.