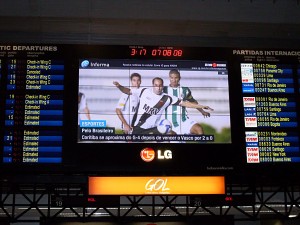 Now what country are we in?

At the end of my recent South American tour, on my way out at the airport on São Paulo I came across without doubt the biggest installation that I found on my trip: massive video walls neatly slotted in between the departure information boards – no way to miss them! 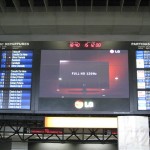 The installations are by Indoormidia, who have a total of 273 screens spread across most of the airports in the land: São Paulo (national & international) Rio de Janeiro (national) Brasilia, Manaus, Recife, Belém, Maceió, Belo Horizonte, Curitiba and Teresina. 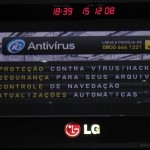 Intelligent use of space

The system does seem to be popular with advertisers , with Indoormidia announcing a client list including: Amex, Banco do Brasil, BMW, Fiat, Honda, HP, HSBC, Mercedes, Microsoft, Motorola, Nextel, Telefonica, Varig and VW. 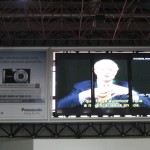 Everywhere you turn there are more screens. There is a series of consoles in the departure area heavily labelled (& possibly sponsored by?) Samsung. And another series of Panasonic screens and a massive wall, both running excerpts from local TV stations such as ManagemenTV.

This entry was posted on Tuesday, February 17th, 2009 at 19:38 @860 and is filed under Scuttlebut. You can follow any responses to this entry through the RSS 2.0 feed. You can leave a response, or trackback from your own site.