If you aren’t familiar with Detroit-based Pro-Motion Technology Group, it’s not surprising; this company has been quietly operating for 26 years, largely in the AV integration space, but more and more into digital signage in recent years. 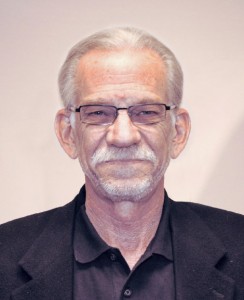 “We’re going to start blowing our horn,” Russ Browne, COO, told us in an interview yesterday. “We’re a $35 million company with hundreds of clients including a core of 45 Blue Chip customers. We’re a full integration company, full service with our own creative content department, software agnostic, and with Paul Flanigan joining us as our new vice-president communications, we are changing our strategy. You’re going to be hearing a lot more from us.”

Pro-Motion has opened offices in Dallas and Minneapolis, and will soon be opening offices in Columbus, and on both the west coast and New York.

“We want to be closer to be able to service our customers,” says Browne. Those clients include names such as JCPenney, Foot Locker, Microsoft, Guess, American Eagle, Fidelity Investments, Brinker (owner of Chili’s and Maggiano’s Little Italy), JJ Mack, Neiman Marcus and more. On the digital signage side, it handles and hosts Barnes & Noble’s (1,000+screens) and Sodexo’s networks, and it installed the Mercedes Benz network. (The latter now hosts the network with its own content.) 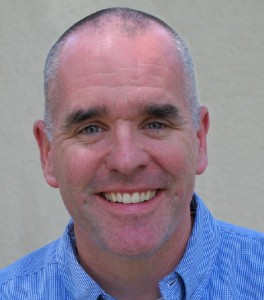 “We’re hoping to convert more of our clients into using digital signage,” says Browne. “We‘ve also developed Visible Spectrum, our own cloud-based content tool and can offer it as a service.

“We hope to be a $50 million company by next year. We’re setting our sights on growth and becoming better known by more end-users. Paul will be key, setting our public relations tone, acting as a speaker, client facing and doing some business development.”

“Combining Pro-Motion’s assets with my experience in digital signage and digital media, I’m going to bring to the market a better way of thinking and execution regarding complete digital ecosystems,” says Flanigan. “My goal is to bring this philosophy to the market quickly and establish Pro-Motion as the leader in integrated solutions, something we have already achieved albeit ‘under the radar’.”

This entry was posted on Tuesday, July 24th, 2012 at 10:00 @458 and is filed under DailyDOOH Update. You can follow any responses to this entry through the RSS 2.0 feed. You can leave a response, or trackback from your own site.