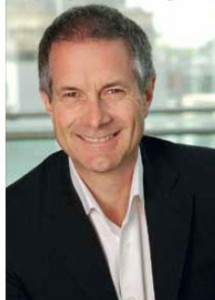 Foisy has the responsibility for establishing out-of-home media strategies for the company, with the initial focus on the transit shelters of the Société de transport de Montréal.

Foisy says that while the transit shelters are currently standard, the company will work towards transforming them “in a digital manner”.

With more than 25 years experience in marketing communication, he joined Vidéotron in 2005, and has worked especially in the consolidation of the brand positioning and content management for the company’s multiple platforms including digital television, video on demand, the Internet and wireless.

During his career, Foisy has been the recipient of several awards signifying the success of the advertising campaigns and brand strategies with which he has been associated.

This entry was posted on Tuesday, September 25th, 2012 at 15:58 @707 and is filed under DailyDOOH Update. You can follow any responses to this entry through the RSS 2.0 feed. You can leave a response, or trackback from your own site.