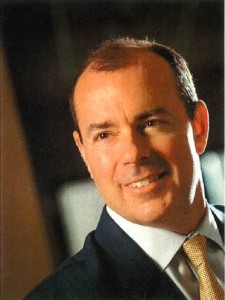 Shyposh is an advertising industry veteran with 20 years experience on both the agency and client-side of the media business. Prior to JCDecaux Airport, he worked at McCann-Erickson, Bates Advertising, and AT&T

“Paul brings energy, hands-on knowledge, and a unique perspective on airport advertising to our business,” says McGuire. “We share a common vision for the future of digital media and the value of airline travel media’s ability to engage with an affluent and elusive audience.”

“RMG has consolidated the most valuable media assets in the travel space,” says Shyposh. “It is the dominant player in the airport business lounge, and in-flight media segment, representing almost 100% market share in the United States.”

We look forward to meeting him today at the Digital Place-based Advertising Association Digital Media Summit.

This entry was posted on Tuesday, October 16th, 2012 at 11:20 @513 and is filed under DailyDOOH Update. You can follow any responses to this entry through the RSS 2.0 feed. You can leave a response, or trackback from your own site.