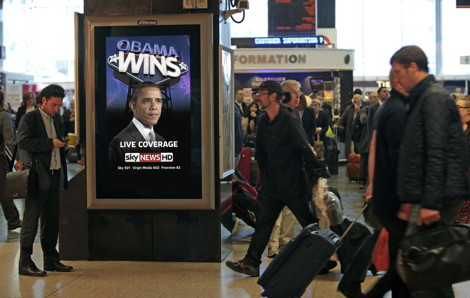 The Sky campaign was booked through Rapport and appeared pretty much first thing Wednesday morning (when the result was known of course). Shown above at Euston Station. 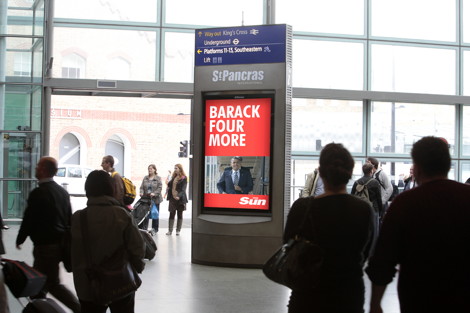 The Sun campaign was booked through the M/Six agency and again appeared pretty much first thing Wednesday morning. Shown above at St. Pancras station.

This entry was posted on Wednesday, November 7th, 2012 at 15:56 @706 and is filed under DailyDOOH Update. You can follow any responses to this entry through the RSS 2.0 feed. You can leave a response, or trackback from your own site.