BroadSign Picks A Side

BroadSign CEO Brian Dusho published Friday an open letter on their web site entitled ‘Why We’re All-in on the DPAA and DSF‘. 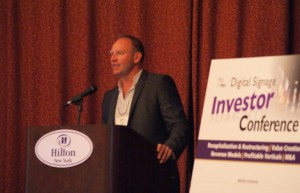 “Better late than never” some cynics might point out – there are plenty of others who took a stance years ago when perhaps there was much more at stake – Real Digital Media’s Ken Goldberg wrote ‘Time To Pick The Pony‘ back in July 2010 (yes, 2010) and we’d point readers at a succession of our own articles, the most recent published March 2012 entitled ‘DSA vs DSF (We Only Need One)’ – however, Brian does makes some excellent points and we’d add to the general congratulations he has already received on twitter.

There are just two things in particular we feel compelled to comment on: –

No doubt as a board member, Brian has some inside track on who the next DPAA President will be – the DPAA should take note that the success that the DSF has had is down to a strong, varied and committed board – something we would argue that the DPAA has only recently just had with the arrival of (Brian himself) and folks like NEC Display Solution’s Pierre Richer.

The DSF will go from strength to strength with the mighty Phil Cohen in charge and the DPAA might do so as well – but it also needs a strong President.

Brian ends with a great call to action, which is worth sharing with you here as well, we quote “We (BroadSign) believe everyone in this industry is going to have to choose: pick a side and thrive or be divided and conquered. We’re making a choice to focus on the DPAA and DSF as these groups and their events are where we are seeing the most promise of return. The destiny of the digital signage industry is to function as a single, coherent body. We hope it makes as much sense to you as it does to us”.

This entry was posted on Monday, March 25th, 2013 at 06:00 @291 and is filed under DailyDOOH Update. You can follow any responses to this entry through the RSS 2.0 feed. You can leave a response, or trackback from your own site.

One Response to “BroadSign Picks A Side”