#2013SignExpo Gearing Up For Day One

Well, we arrived at Mandalay Bay Resort in Las Vegas to beautiful weather (having left Montreal’s -7 degrees earlier today) and after seeing hundreds of people lined up at the hotel’s registration desk, were surprised to see few people wondering around or taking advantage of early registration for #2013SignExpo which officially begins Wednesday with its education day. 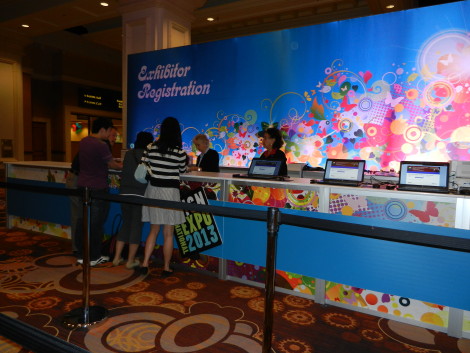 A quick peak into the exhibit hall, open Thursday-to-Saturday saw some big booths being set up, but mostly it was just a jumble of wood, plastic sheets and boxes.

Where was everybody? A glance outside makes us think that anybody who arrived early (and not an exhibitor having a booth to build) was probably spending the afternoon at the pool. 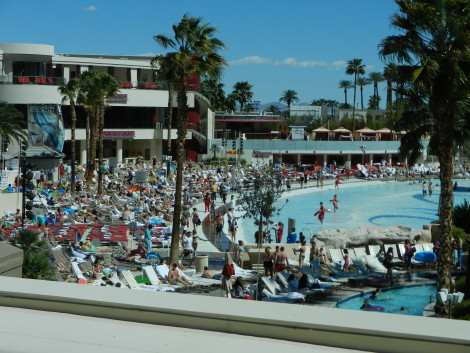 Let’s hope that the registration goes more smoothly tomorrow with the thousands of delegates registered. Our own tended to be somewhat confusing, and we were surprised not to get a floor map or any printed material to go along with our press badge. Presumably, all that material will show up tomorrow.

This entry was posted on Tuesday, April 2nd, 2013 at 23:40 @028 and is filed under DailyDOOH Update. You can follow any responses to this entry through the RSS 2.0 feed. You can leave a response, or trackback from your own site.