Jean-Claude Decaux Steps Down at JCDecaux 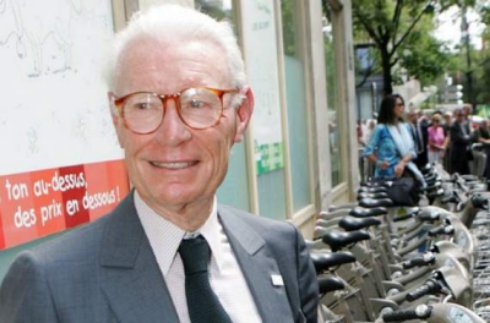 At the Supervisory Board meeting on April 5, Jean-Claude Decaux, Founder of JCDecaux. announced to the members of the board that he would not seek the renewal of his membership of the Supervisory Board when his current term expires at the end of the combined Annual General Meeting of shareholders of 15 May 2013.

He highlighted the family dimension of JCDecaux SA, which has been a listed company since 2001, and said that he wished to see the involvement of the third generation.  At the proposal of the Remuneration and Nomination Committee, the Supervisory Board decided to put the following proposed new appointments to the Supervisory Board to the vote of the shareholders: - Alexia DECAUX-LEFORT,  - Gérard DEGONSE, and  - Michel BLEITRACH as an independent member.

The Remuneration and Nomination Committee proposed the following appointments for approval by the Supervisory Board, which will meet at the end of the combined Annual General Meeting of 15 May 2013:

– Jean-Claude DECAUX as Founder and Honorary Chairman, and

– Gérard DEGONSE as Chairman of the Supervisory Board.

Finally, the Remuneration and Nomination Committee proposed the appointment of Jean- Sébastien DECAUX as a member of the Executive Board, which will be subject to the approval of the Supervisory Board at its meeting following the combined Annual General Meeting of shareholders of 15 May 2013.

Both the Supervisory Board and the Executive Board expressed their gratitude to and their admiration for Jean-Claude DECAUX, the Founder of JCDecaux.

Alexia DECAUX-LEFORT, 27, is a graduate of the University of Warwick in the UK. Since April 2012, Alexia DECAUX-LEFORT has been Watch Product Manager at Piaget, Branch of Richemont International SA, where she began her career in 2008.

This entry was posted on Monday, April 8th, 2013 at 12:01 @542 and is filed under DailyDOOH Update. You can follow any responses to this entry through the RSS 2.0 feed. You can leave a response, or trackback from your own site.