Following the news at #2013SignExpo that Signagelive had signed on as a Samsung and N. Glantz & Son partner in the FASTSIGNS/N. Glantz/Samsung deal, people were wondering where Scala, a Samsung partner, fits in the deal, as it has long been FASTSIGNS partner. 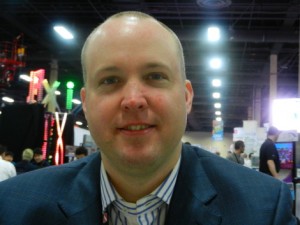 ”No worres, FASTSIGNS has assured us that we are definitely its partner, and it is buying exclusively from us,” Mark Brady, senior director of strategic alliances at Scala, told us. “Because of FASTSIGNS close relationship with N. Glantz, and N. Glantz’s push to get into the digital space, we’re looking to see a relationship to tie this all together, too.”

So it looks as if Scala and Signagelive, both Samsung partners, will both be courting Glantz, the 107-year-old company believed to be the largest distributor of static signs across the U.S.. However, with Signagelive already signing on as a partner, it looks like it may have the upper hand with Glantz in a bundle with Samsung screens and Signagelive software. 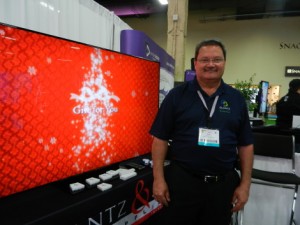 Dennis Wells, executive director of business development for Glantz, also pointed out that, along with Samsung and new partner Signagelive, it also partners with rp Visual Solutions for hardware, Hiperwall that straddles the line between flat panels and hardware, and Saddle Ranch Productions for content creation.

So it looks as if Glantz is open to adding partners if it feels they offer its clients the best solution. With its size and history, and with it now promoting itself as a Value Added Distributor for Digital Signage, we may now well be seeing an interesting new player in the digital space.

And, by the way, we were slightly amused but impressed with the speed with which Harry Horn, Scala vice-president marketing, issued a statement about Scala’s new version of its software, called ScalaEnterprise, presumably to deflect any gossip about the FASTSIGNS announcement.

ScalaEnterprise includes many new features and improvements, including: supporting more drag-and-drop capabilities; adding HTML5 and Android player support, enabling the use of interactive features on mobile devices to engage with retail and corporate communications audiences; offering a plug and play all- in-one solution for digital signage users, without the need for an external signage player device.

“Through the cooperation with Samsung, users can benefit from the power of the Scala software engine to drive content on the Samsung Smart Signage Platform, which is on board of the high industry grade displays of Samsung,” said Horn.

This entry was posted on Monday, April 8th, 2013 at 18:02 @793 and is filed under DailyDOOH Update. You can follow any responses to this entry through the RSS 2.0 feed. You can leave a response, or trackback from your own site.

One Response to “#2013SignExpo Scala’s Role Following The FASTSIGNS Deal”