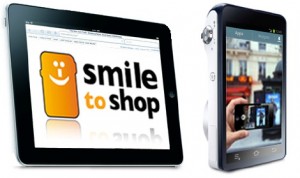 Aim of the campaign was to get consumers to reach especially Diesel Denimize Collection resellers and the cities’ opticians to present the new Diesel Eyewear’s Denimize Spring Summer collection, and to have potential customers find the closest location for the products in their area.

The campaign was handled by Valbonne, France-based Trigger Networks and booked with Clear Channel Outdoor in Rome (770 faces) and Milan (330 faces). In similar fashion to what was done in Rome, the Milan campaign reached out to 11 DIESEL Denimize Collection resellers targeted within a distance of 1.000m by the campaign, and another 84 faces reached out to near Milan DIESEL Denimize Collection resellers within 1.000m distance. In terms of opticians, there were 147 Opticians targeted by the campaign within a 500 m. distance and 195 within a 1,000m distance. Others near Milan were targeted within 1,000m of their location. 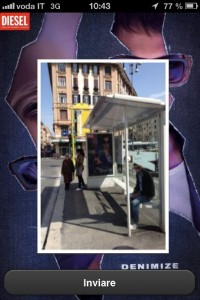 The campaign in Milan measured a total number of contacts of 33,592,196 in two weeks. The campaign used a combination of scrolling posters and the SmiletoShop app which can be customized according to client’s needs (languages, game details, etc.).

When asked if this involved Near Field Communications, Vincent Almela, president of Trigger, said, “NFC is not available in Italy, and a QR code was not used either. Through SmileToShop, there was instant geolocation of the user and connection to our server. Any kind of display could be activated as a part of the game. The performances of the spring campaign retrieved with our TRIGGER-One tool proved once again its efficiency. We had 47% direct coverage in just two weeks.” 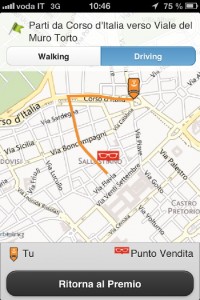 Users could locate the closest location for the eyewear (reseller or optician) on the map on their cellphone, as well as get information on the product line and take part in a promotional game. They could also post information, such as, ‘I won in Rome with Diesel Deminize Eyewear’ on their Facebook wall.

SmileToShop is a service supplied by Trigger Networks designed to increase traffic to the retail outlets. It is the direct line between the poster in the street and the nearest shop. The posters are interactive due to the Apple or Android App. The user takes a picture of the panel, receives a participation code for a possible promotional offer the advertiser has put in place and is directed to the nearest shop.

This entry was posted on Tuesday, May 21st, 2013 at 10:00 @458 and is filed under DailyDOOH Update. You can follow any responses to this entry through the RSS 2.0 feed. You can leave a response, or trackback from your own site.