Watchfire Signs, Danville, Illinois, manufacturer of LED signs and digital billboards, has hired Bob Klausmeier, who has more than 35-years of experience in the electronic display industry where he was directly involved in some of the most notable and largest deployments of LED displays in the US and worldwide. 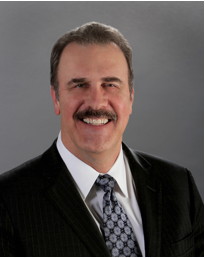 At Watchfire, Klausmeier’s role will include new development initiatives in the company’s primary businesses: digital billboards and on-premise LED signs, in both the U.S. and Canada.

Klausmeier’s career in electronic signs has been largely focused on sales and marketing. However, his most recent venture was as founder and publisher of Out of Home Magazine. In October, the magazine was sold to its employees, allowing Klausmeier to return to his roots in sales at Watchfire.

“In my work for other manufacturers and more recently in my role as the publisher of the magazine, I’ve had the opportunity to gain a unique perspective on the products and companies that will define this space in the next decade,” says Klausmeier. “I joined Watchfire because I believe it has the organization, the product and the vision to dominate this market for many years to come. Watchfire makes a product that simply gives its customers a competitive advantage. That’s an enviable place to be for any salesman.”

This entry was posted on Friday, December 6th, 2013 at 10:00 @458 and is filed under DailyDOOH Update. You can follow any responses to this entry through the RSS 2.0 feed. You can leave a response, or trackback from your own site.