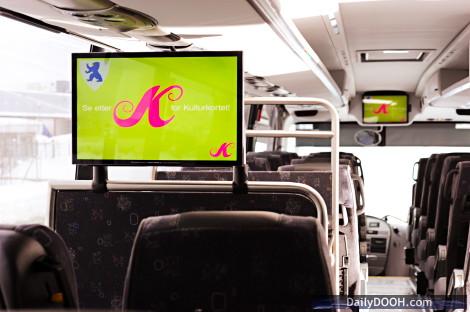 Einar Linge Schwaiger, Founder and Head of Business Development at Urban Media sent us this picture of one of his new screens on the Airport Express Coaches – the network in Norway is called TRANSIT.

We previously covered the TRANSIT network back in early January when we announced that it was expanding to something like 100 vehicles.

This entry was posted on Friday, March 13th, 2009 at 09:16 @428 and is filed under Scuttlebut. You can follow any responses to this entry through the RSS 2.0 feed. You can leave a response, or trackback from your own site.