Maybe we should have just headlined this news as ‘How to reach 175 million consumers monthly across 23 countries on five continents’ – because that’s what Clear Channel Outdoor’s ‘Connect’ will provide when fully implemented. 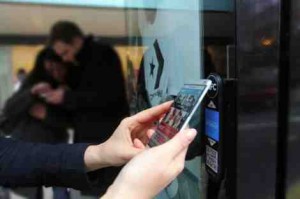 In what is almost surely a world first, CCO is rolling out Connect, its global interactive mobile advertising platform which will transform pedestrian-accessible outdoor advertising platforms — such as posters and bus shelters — into launch pads, enabling consumers to access interactive content from advertisers via their smartphones. By June, CCO will fit 75,000 outdoor sites worldwide with Connect tags enabled for Near Field Communication (NFC), QR code, and in Latin America, SMS capabilities.

Further, advertisers and planners will also benefit from the rich data and metrics captured by Connect, including date, time, location, conversion of click-through’s, and even which kinds of devices were used – all allowing for campaign optimization, performance review and delivery of ROI.

“Connect is another important leap in our mission to facilitate closer connections between brands and consumers through enhanced outdoor and mobile capabilities,” says Suzanne Grimes, president and COO, Clear Channel Outdoor – North America. “With Connect, we offer advertisers easier and more nimble access to mobile-interactive campaigns as they no longer need to spend time creating NFC tags or QR codes. Via our preinstalled tags, we seamlessly direct consumers to advertisers’ mobile optimized content.”

This marks a major development in the evolution of out-of-home media worldwide, generating more opportunities for consumers and brands to connect and drive a deeper brand engagement with consumers when they are out and about. It will be on a mix of both static and digital OOH – any type of pedestrian-accessible street furniture and signage indoors and outdoors which means that it will allow interactivity with both. And while the smart phones of nine out of the 10 top smart phone manufacturers are equipped for NFC, iPhone users who have downloaded a scanner app will be able to use the QR codes.

This will all be available by June, thereby offering marketers what is expected to be the biggest out-of-home/mobile interactive platform from any media owner and the only one with such a global scale.

William Eccleshare, CEO of Clear Channel Outdoor, says, “We have made this investment because all our intelligence tells us this is what consumers want, to be able to engage with brands individually, immediately and effectively. We are bridging the online and offline worlds by combining our outstanding audience reach with personal engagement through mobile devices. The global rollout of Connect accelerates the metamorphosis of out-of-home advertising from being the oldest form of advertising to the most modern and creative.

“At Clear Channel Outdoor, we take pride in being a company of advertising firsts. We were the first to introduce the public bike scheme; the first to deliver an outdoor digital street furniture network; and the first to run a facial recognition campaign. We have done it once again with Connect as we are the first to roll out this interactive mobile platform on such an international scale.”

The Connect tags are being permanently attached to digital or static panels on pedestrian-accessible sites with heavy footfall and long dwell-time, such as street furniture – including bus shelters and similar street-level advertising structures – in shopping malls, airports and at other points-of-sale. Consumers simply tap or scan their smartphone over Connect’s NFC tag or QR code to instantly open a gateway to an online brand experience. In CCO’s Latin American markets, the platform will also run with the addition of SMS capability with a tailored SMS code appearing on the outdoor advert.

Advertisers can offer a range of consumer benefits such as:

“With the rise of social media, consumers increasingly expect to be involved in advertising campaigns and to have relationships with brands, yet they often reject advertising interruptions in other mediums,” says Grimes “Connect presents the opportunity to target consumers on-the-go, when they are receptive to messages and can be delighted by timely, relevant and tailored invitations to engage.”

CCO will be showcasing Connect and its full capabilities at the forthcoming Festival of Media Global event (April 6-8) in Rome, where Clear Channel Communications’ CEO Bob Pittman, will also be one of the event’s key speakers.

CCO first launched its mobile platform in the UK with a nationwide rollout in 2013 that included 10,000 mobile-enabled sites in London and Edinburgh. CCO’s mobile platform has since been launched in Belgium, Finland, Ireland, the Netherlands and Singapore. The global roll-out of Connect will see additional platforms planned for completion by June 2014 in Brazil, Denmark, Estonia, France, Italy, Latvia, Lithuania, Mexico, New Zealand, Peru, Poland, Spain, Sweden, Switzerland, Turkey and the USA. Further, the UK is adding 10,000 new sites to what is currently available.

Further, 31% of U.S. smartphone owners have scanned a QR code or texted to get more information on a special in-store deal – and 40% of these QR code users claimed that they made purchases they hadn’t planned as a result of the information they received. (Source: Vibes)

CCO has a total portfolio of more than 760,000 displays that includes traditional and digital formats in roadside, urban, transit and airport environments, street furniture and at retail near point of sale. CCO has one of the fastest growing digital out-of-home networks with some 5,000 screens in 19 countries worldwide

This entry was posted on Tuesday, March 25th, 2014 at 16:45 @739 and is filed under DailyDOOH Update. You can follow any responses to this entry through the RSS 2.0 feed. You can leave a response, or trackback from your own site.