This month, in the CEO Spotlight, we welcome Masafumi Yumikake, President and Chief Executive Officer of COMEL Co. in Tokyo. 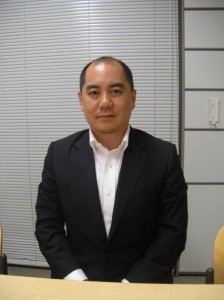 This entry was posted on Thursday, July 30th, 2009 at 23:59 @040 and is filed under CEO SPOTLIGHT. You can follow any responses to this entry through the RSS 2.0 feed. You can leave a response, or trackback from your own site.