Ci Ci Holloway has joined Intersection as Senior Vice President of People. She will report to CEO Ari Buchalter and will help drive Intersection’s growth as it expands its media, content, and AdTECH solutions in major markets across the US, allowing advertisers to connect with audiences in public spaces more effectively. 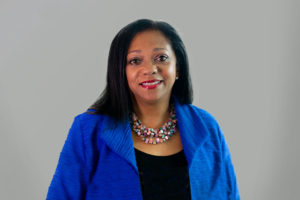 Ci Ci Holloway is an innovative people, diversity and culture leader and brings to the role a unique blend of expertise in developing talent, driving HR transformation, and fostering diversity, equity and inclusion (DEI). She previously led similar efforts at some of the most visible brands in the world, such as Viacom and UBS, spanning industries including digital media, entertainment, and finance.

She has chaired strategic committees for the Executive Leadership Council, served as the elected President of Women in Film Los Angeles, and written extensively about DEI topics including breaking biases, micro-inequities and how to reap the bottom-line benefits of an inclusive workforce.

She has also earned numerous awards, including the Diversity Journal Magazine’s Women Worth Watching Award, the Debra Award from the Anti-Defamation League, and was named one of the 25 Most Influential Black Women in Business in Network Journal Magazine.

This entry was posted on Friday, October 9th, 2020 at 00:18 @054 and is filed under DailyDOOH Update. You can follow any responses to this entry through the RSS 2.0 feed. You can leave a response, or trackback from your own site.