Bodle Technologies Ltd, the Oxford University spin-out transforming non-emissive digital screens with its reflective display technology SRD, has announced that it has secured an extension to its Series A funding round. Oxford Sciences Innovation (OSI), Bodle’s backer since inception has led the investment with support from the government’s Future Fund. 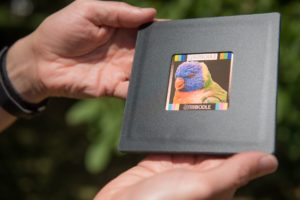 Bodle was established in 2015 to commercialise ground-breaking optoelectronic technology developed at the University of Oxford. The technology is capable of creating highly luminous colours that can be made into displays or for laser printing of films. The new investment will fund the continued development of the technology across displays and in thin film technologies.

Chairman of Bodle’s Board of Directors, Noel Hurley told us “Although the last few months have been a challenging time for all businesses, Bodle has kept moving the technology forward during this time. This additional funding shows continued confidence from our investors in our core technology and the fantastic team. We are incredibly grateful to OSI and the Future Fund and thank them for their investment.”

Co-founder and CEO Peiman Hosseini said “While display applications continue to be the mainstay of Bodle’s offering, we have developed a simpler implementation of our technology, which allows printing activated by a laser pulse, removing the requirement for complex electronics and inkjet printing. This process has several potential applications, including security, labelling and product customisation. This has provided Bodle with a product that has a shorter term to revenue and is ready for scale up and commercialisation now. Customers are already exploring this technology, with samples available to purchase”.

Bodle Technologies is developing SRD, described as the world’s first solid-state reflective display technology, based on phase-change materials. Providing vivid colour and video-capability, with zero energy use for static image storage, the technology is ideally suited to address the issues of poor outdoor readability and high power consumption associated with transmissive and emissive displays.

Invented at the University of Oxford, the science behind SRD was first published in Nature during 2014. Bodle was founded the following year and has a growing IP portfolio covering this new display technology. Bodle’s investors are led by Oxford Sciences Innovation (OSI).

This entry was posted on Monday, December 21st, 2020 at 10:23 @474 and is filed under DailyDOOH Update. You can follow any responses to this entry through the RSS 2.0 feed. You can leave a response, or trackback from your own site.