This November will see the Ministry of New Media’s first #AdTECH: #OOH Conference in Silicon Beach. 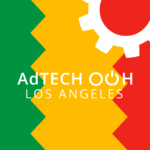 This event in ‘Silicon Beach’ was initially suggested and sponsored by the OAAA with the help of Adomni, Blip / Adkom, The Neuron, Talon and Vistar Media. It will, as always, boast a fantastic speaker line up.

Stephanie Gutnik is the Global Head of DOOH at Yahoo, responsible for defining overall strategy, product features and go-to-market plans for the channel. She previously held roles as Vice President, Digital Strategy and Programmatic Sales at OUTFRONT Media and Vice President, Business Development at Broadsign. She also ran Marketing for Broadsign and worked in ad sales at News Corp. 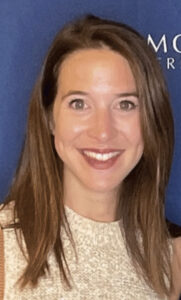 Stephanie is a frequent public speaker, discussing programmatic DOOH, cross-media synergies and business strategy at international events. Sitting on the Board of Directors of the Digital Signage Federation and Canadian Association of New York, she is also the Co-Chair of the OAAA Innovations Committee, on the DSE Advisory Board and is involved with the DPAA. Stephanie graduated with a BA from McGill University, a MBA from Edinburgh Business School and is currently pursuing a doctorate studying the advertising effects of CTV and DOOH.

Since 2016, Stephanie has been instrumental in helping the Ministry of New Media in formulating their successful AdTECH: OOH Conference series of events which now take place annually in Singapore (March), Miami (April), London (May), Toronto (May this year but will move to June in 2023), Sydney (August), New York (October), Los Angeles (November) and Amsterdam (December).

The Ministry of New Media are also looking at an AdTECH: OOH – Auckland event in New Zealand in February 2023 and a Dubai event in May 2023.

This entry was posted on Thursday, October 20th, 2022 at 11:52 @536 and is filed under DailyDOOH Update. You can follow any responses to this entry through the RSS 2.0 feed. You can leave a response, or trackback from your own site.