Lyle Bunn believes that 1,000,000+ adverts are now playing on North America’s Digital-Out-of-Home networks and here he tells us what that means, Ed …. 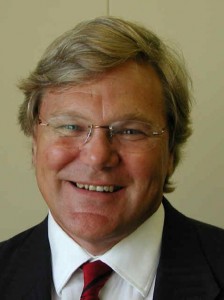 An estimated 1,080,000 unique advertising spots play on Digital Out-of-Home displays across North America during 2009, based on calculations using conservative parameters.

The Digital Signage / Digital Out-of-Home industry in North America has been emerging rapidly (25-50% CAGR) over the past 6 years in particular and despite reductions of an estimated 3% in overall ad spending; spending on DOOH continues to grow from its 2008 level of USD 1.4 billion (according to PQ Media) by 9% annually.

DOOH has very much found itself in the ‘communications continuum’ with other credible advertising medium such as TV, radio, Internet, print, billboard, and is positioning itself as a ‘trigger device’ to motivate engagement through handheld and mobile interactivity.

The Digital Out-of-Home sector of the industry, which is based on third party advertising revenues, is comprised of almost 200 US networks, which allow advertisers to reach targeted audiences based on demographic profile, Designated Market Area (DMA), geography and even the activity in which they are involved (shopping, transit, café, workout, attending a sports event) in presenting messages at the point of purchase, transit and social and work gathering.

Ad displays on DOOH are often included in campaign proposals blended with TV, cable, radio or static billboard ads by the likes of ABC, CBS, NBC, ClearChannel and others.

Personnel responsible for sponsorship, patron programs, merchandising and co-op programs typically add Digital Signage to their proposals when display capability is added to their facilities.

Given the proven results in sales uplift, message recall and awareness, reduced perceived waiting times and improvement to the location experience that result from the proper use of Digital Out-of-Home, as well as the continuing growth in the number of displays, advertisers and ad sales representation, the future continues to be positive for Digital Signage and Digital Out-of-Home something I would describe as “the sharpest instrument in an advertisers tool chest”

This entry was posted on Thursday, October 1st, 2009 at 07:01 @334 and is filed under Guest Contributions. You can follow any responses to this entry through the RSS 2.0 feed. You can leave a response, or trackback from your own site.