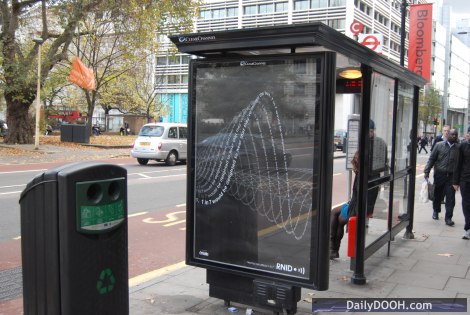 During November, Londoners had the opportunity to interact with a campaign created to raise awareness for the charity RNID (Royal National Institute for the Deaf).

Developed by M&C Saatchi and digital departments Play and LIDA this campaign is a good example of what agencies can achieve when working closely together.

Matt Gordon, managing director, Limited Space told us “Consumer engagement with brands is an essential element of all of our mall advertising formats and the RNID campaign was a great example of how clever creative can enhance one of the many technological opportunities that the Ad HD network can offer.” 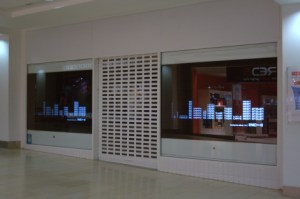 The interactive digital installations react to sound featured on bus shelters and various shop windows (that were of course transformed into digital screens).

All of this was reinforced by a print reproduction designed by M&C Saatchi’s Typography department.

During rush hours commuters saw the digital posters working at full pelt whilst during quieter times they allowed waiting passengers the opportunity to interact with the screens – each ‘poster’ was custom fitted with a microphone.

The installation’s message took the form of sound imagery, such as equalisers and sound waves and used said microphone to bring the advert to life, i.e. analysing ambient sound levels and modifying the graphic accordingly.

This message was fluid and was adapted to suit the location in which the installation was deployed; i.e. in Balham, commuters will read “1 in 7 would be delighted to hear that they’ve missed the bus”

The creative was, we are told, trialled at this summer’s V Festival and the Party Political Conferences.

This entry was posted on Tuesday, December 1st, 2009 at 08:16 @386 and is filed under DailyDOOH Update. You can follow any responses to this entry through the RSS 2.0 feed. You can leave a response, or trackback from your own site.