Great to see UK newspaper The Grauniad pick up on the OAA’s very own national outdoor campaign which, and we quote the Grauniad is “designed to prove there is more to getting a message across than advertising on Google” 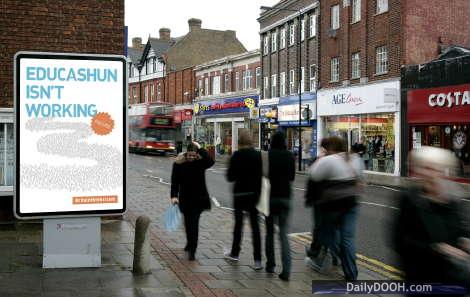 Billboards featuring controversial statements such as “Career women make bad mothers” and “1966 – It won’t happen this year” have been seen around the UK.

More on this later.

This entry was posted on Monday, January 4th, 2010 at 09:12 @425 and is filed under Scuttlebut. You can follow any responses to this entry through the RSS 2.0 feed. You can leave a response, or trackback from your own site.