Spotted at #ISE2010 on the Christie Digital booth, albeit during build up (that was what allowed us to get behind the system to see what was powering it), was the industry standard 16-sheet sized digital billboard that they first showed at the MicroTiles launch in NYC back in December 2009. 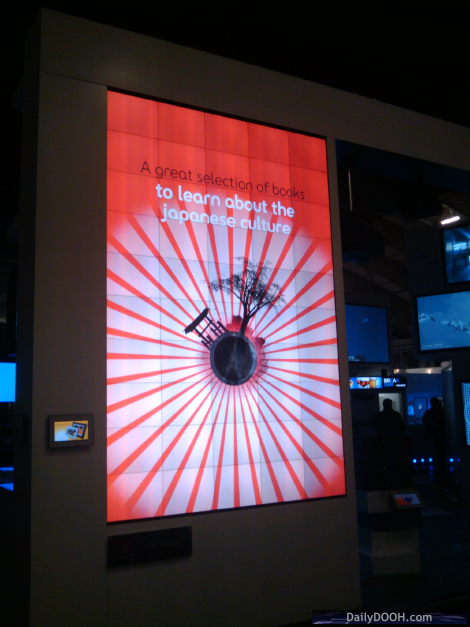 This time however it was powered NOT by Scala as it was in NYC but by a Harris Broadcasting digital signage system.

This entry was posted on Tuesday, February 2nd, 2010 at 07:34 @357 and is filed under DailyDOOH Update. You can follow any responses to this entry through the RSS 2.0 feed. You can leave a response, or trackback from your own site.