FNAC is an international entertainment retail chain and the one of the largest retailers of its kind in France. A subsidiary of the PPR Group, FNAC is a leading retailer of ‘cultural products’ and electronic products such as books, CDs, computing, audio, video and photographic equipment as well as entertainment ticket sales. 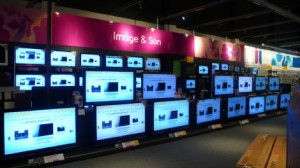 video and image-quality digital sign displays installed for in-store promotions including ticket sales, TV sales and other products. The company also wanted the displays managed on a digital signage network to provide simple, easy updates on a daily basis.

TMM Communication was selected for the project because it differentiated its proposal by offering BrightSign players with a solid-state platform. The solid-state design provides higher reliability, supports networking for remote updates and is significantly more affordable than PC-based solutions, both on unit pricing and network service pricing. In addition, TMM offered to develop a unique software interface.

“With its extremely reliable and feature-rich solid-state media players, BrightSign has reached a milestone in the digital signage industry as it allows system integrators to offer powerful and cost-effective digital sign solutions to retailers like never before,” says Michel Baronnier, CEO of TMM Communication.

The 1,500 BrightSign players that drive more than 3,000 digital displays in the 80 stores are all networked and managed from FNAC’s head office using BrightSign Network – an all-inclusive networking solution based on xml technology – and the interface software TMM specifically designed for . This simplifies presentation creation and content updates, interfaces with the BrightSign Network service to ensure smooth updates without having to access all of the management features. 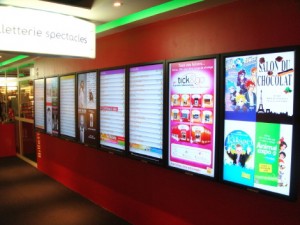 Each FNAC store has three specific digital sign programmes that run at full-screen and play video mixed with still images. The first is a television display. This digital sign programme uses a single BrightSign HD1010 player to run the same HD presentation/content displayed on about 80 Televisions that are for sale, allowing the customer to compare each TV on an equal basis.

The second digital sign programme is a ticketing display: This is comprised of multiple large portrait displays mounted as a large video wall and run by BrightSign HD210 players. It displays promotions for upcoming concerts and other events, a calendar of events, and pricing.

The third programme is an implementation of POP Displays. These displays are found next to store shelves and promote store wide savings/promotions.

TMM is continuing with a number of projects for the retailer. At the completion of the project, 2,000-3,000 BrightSign units will have been installed in FNAC stores, including outlets outside of France. Established in 1992, TMM now has more than 13,000 screens installed at over 1,800 sites.

This entry was posted on Tuesday, February 2nd, 2010 at 17:20 @763 and is filed under DailyDOOH Update. You can follow any responses to this entry through the RSS 2.0 feed. You can leave a response, or trackback from your own site.