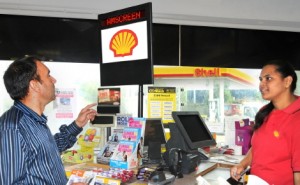 Simon Sugar, CEO at Amscreen told us “Our forecourt network allows advertisers to access millions of customers each week and continuously deliver targeted messages at a time when they are most receptive. The Amscreen solution is also underpinned by technology that ensures the screens are constantly connected and broadcasting the correct information, which gives peace of mind for advertisers and also ensures low management for the site owner.”

Amscreen’s forecourt network will now run across over 1,500 locations and deliver an audience of over 35 million people every fortnight.

This entry was posted on Thursday, April 22nd, 2010 at 15:28 @686 and is filed under DailyDOOH Update. You can follow any responses to this entry through the RSS 2.0 feed. You can leave a response, or trackback from your own site.