What’s That Bad Smell In The UK?

The big news in the UK this week was the announcement that the Office of Fair Trading (a non-ministerial government department established by the Fair Trading Act 1973 and often referred to by its abbreviation OFT) was reviewing the outdoor advertising market. 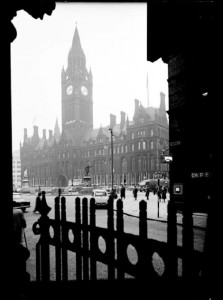 The OFT look to the future

The mainstream press were quick to pick up on the probe though we are not sure if THEY understood why it has kicked off now or exactly what it was about (read on and we will tell you our thoughts). The Grauniad, for example, said “OFT to review outdoor ad market. Watchdog to study the dominance of the few players in the £833m sector and the role played by commissions”.

About time? Bit Late? Better late than never? What the hell will they do anyway? were just some of the cries we heard from digital exponents of the OOH medium in the last 24 hours mind you!

The OFT has said that the sector is highly concentrated at the levels of the specialist buyers and outdoor media owners and that the study (‘probe’ sounds so much better don’t you think?) will consider “whether there are any distortions of competition or barriers to entry at different levels within the sector” – err YES, HELLO!

The study will of course look at the payment of commissions by outdoor media owners to the specialist buyers and how these affect the incentives of those buyers.

Heather Clayton, senior director of infrastructure at the OFT was quoted as saying “This market study into outdoor advertising will take a look at whether the market works well in terms of offering firms and local authorities deals that are fair, competitive and transparent.”

It doesn’t take a rocket scientist to know that with the specialists being owned by the agencies and with a general lack of competition the way it has worked for the last ten years has become a convenient way of doing business.

WPP’s out of home agency Kinetic has approximately 44 per cent of the market, Aegis agency Posterscope manages 41 per cent of spend, Interpublic’s IPM lags behind with eight per cent and the final five per cent is made up by direct and other business.

It’s a commodity business now and one that is very difficult for newcomers to get into – one of the reasons (but far from the only one) why digital vendors have struggled. For many digital vendors this probe / review/ study has come perhaps 5 years too late!

Not many, except real old-timers will remember, but a push to break up this way of doing business was tried once before – Mills & Allen (when Titan) tried to pull out of doing business that way but were screwed and caught short when the other outdoor media owners refused to support them.

As we say there is far too much vested interest in the way this has worked for it to change without some outside influence. Mind you we doubt that this OFT survey will have any impact on the sector outside the way council services are run. 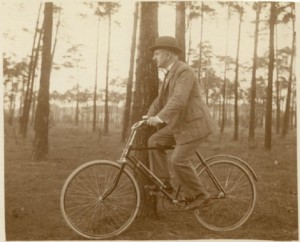 On the way to work in Henley-on-Thames

Which leads us on conveniently to why the Office of Fair Trading kicked this investigation off now? Well the obvious answer is that the demise of Titan in the UK, and subsequent purchase of their assets by JCDecaux was probably one reason – some of the smaller players may have pushed for it as well (this is where our industry associations should be making waves but it seems they are all too busy in-fighting or changing their name) BUT in all likelihood we think that the most fuss was made by pushbike vendors and those who have been (unsuccessfully in the past) bidding for council street furniture projects.

As more towns and cities in the UK explore street furniture, it’s the provision of public services and those (fairly) disgruntled businesses unable to bid in who have probably made the most noise to OFT.

This study is definitely NOT far reaching enough – there is no one it seems powerful enough (and with a vested interest) in changing how the system works even though it is so obviously wrong.

Apart from the likely unbundling of council services from any future advertising tenders don’t hold your breath for anything earth shattering to have happened or changed by Christmas!

This entry was posted on Tuesday, May 18th, 2010 at 13:01 @584 and is filed under DailyDOOH Update. You can follow any responses to this entry through the RSS 2.0 feed. You can leave a response, or trackback from your own site.