Harry Coghlan, president and general manager of Clear Channel Outdoor’s New York and Spectacolor Divisions, has been named a recipient of Inside Broadway’s 2010 Broadway Beacon Awards being held June 17, 2010, at the historic Players Club at Gramercy Park. 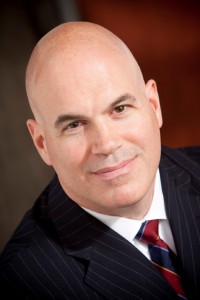 Now in its 27th year, Inside Broadway develops and produces touring equity musical productions as well as vital after school arts programs that allow students to interact with professionals in the field and experience theatre hands-on. The annual cocktail reception and awards show is held to support Inside Broadway’s mission of bringing the joys of theatre to New York City’s under-served public school students.

Michael Presser, Inside Broadway’s executive director, says, “Inside Broadway’s aim is to pass down the rich legacy of America’s musical theater to future generations so that the magic, music, and universal themes of the genre are not lost, but rediscovered and made relevant for today’s youth, and our honorees this year have each without a doubt greatly contributed to that cause.”

This entry was posted on Wednesday, June 16th, 2010 at 08:26 @393 and is filed under Scuttlebut. You can follow any responses to this entry through the RSS 2.0 feed. You can leave a response, or trackback from your own site.