More On Barco’s Acquisition Of dZine

When Dirk Ghekiere left Barco to create dZine in 1992, he probably never thought that 18 years later he would be selling his company back to his former colleagues. He was joined by Luc Deconinck, now General Manager, and they went on to build up the company to a point where it now turns over 10 million Euros, employs 47 people and sells its solutions in 55 countries and has reached an installed park of 100,000 players around the world 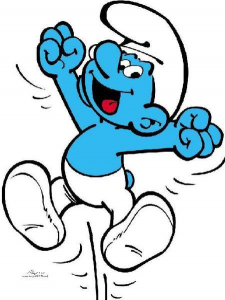 The two Belgian companies have nevertheless always had close connections, and can often been seen joining forces at trade fairs around the world. The new arrangement sees dZine continue to function completely independently, becoming effectively the digital signage division of Barco, with no changes in staffing levels and no obligation to use Barco screens.

As luck would have it, I was visiting the company’s headquarters in Kortrijk on the day that the announcement was made, so I was able to find out more about the reasoning behind the move at first hand.

General Manager Luc Deconinck explained to me that deal made good sense for several reasons. One being that it gives the company, already financially stable, an even more solid basis and the possibility to continue to develop new products and solutions. (During my visit I was shown two new products being developed & tested). Dismissing rumours that I had heard about Barco’s financial health a couple of years ago, he assured me that the company has no debts and plenty of cash at the bank – and he should know!  The same holds true for dZine, which, contrary to current perceptions also has a strong financial base, no debt at all and was auto-financing its growth up until now and turned in 1.7 Million Euros of profit last year.

The other and  more important reason is that it will give the company a rapid and reliable entry into new markets where Barco is already established. Although its products are already available worldwide, the company has ambitious plans to ramp up its sales & service activities, so this new situation means that it can benefit immediately from Barco’s worldwide network. Barco has its own facilities for Sales & Marketing, Customer Support, R&D and Manufacturing in Europe, North America and Asia Pacific) and is active in more than 90 countries with about 3,300 employees worldwide. Barco posted sales of 638 million euro in 2009.

On my visit, Business Development Manager Frederik Vroman showed me the R&D and production facilities. Thought it was 35°C outside that day, I was impressed by the tropical heat in the product testing room, in which each individual player is robustly tested before being dispatched to the final customer. Frederik also explained that while the R&D department would remain separate from that of Barco, both sides could benefit from the exchange of experiences in the development processes that link the two companies.

As I left the building, Luc was relieved to be able to tell me that he’d spent most of his day explaining the move to his key accounts and was delighted at the overwhelmingly positive response that he’d been getting.

This entry was posted on Thursday, July 22nd, 2010 at 00:26 @060 and is filed under DailyDOOH Update. You can follow any responses to this entry through the RSS 2.0 feed. You can leave a response, or trackback from your own site.

One Response to “More On Barco’s Acquisition Of dZine”