Barco’s acquisition of dZine announced earlier this week (and given an unusual one line comment by us here) required a little bit of thought and a good deal of barrel-aged sour beer in the Flemish tradition such as Rodenbach before we could write a more in-depth analysis. 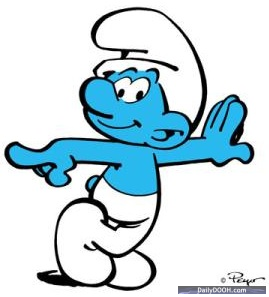 dZine and Barco have long shared a heritage of sorts: dZine itself was setup by ex-Barco employees, they are both Flemish as opposed to Belgian (Barco was founded in 1934 in the town of Poperinge, in the Flemish-speaking region of Belgium) and have seemingly shared exhibition and stand space at major events for as long as we can remember.

This is a undoubtedly a good acquisition for Barco as for the first time it gives them a solid digital signage platform within their business itself.

dZine who (even with business in 55 countries) still have no real visibility internationally (and they are definitely not a ‘brand’ in the digital signage space that people would immediately think of) has traditionally been strong in the FIDS arena and have usually partnered with CONRAC GmbH and won many large deals as a result.

dZine only really attempted to enter the retail sector some 2 years ago and up until recently they had made little progress but, and here’s the Schtroumpf, along comes the incredibly good Digital Escalator Panel Mall install with CBS Outdoor in Dublin, Ireland (picture shown below) where you can (surely) see how their enclosure / system / FIDS heritage helped them win that deal. 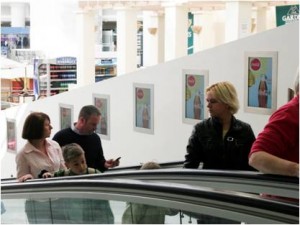 Up until now of course Barco has always been software-agnostic. We doubt actually if this will change – dZine will for sure be pushed and pitched at every available opportunity but Barco won’t go out of their way to lose a deal / upset other vendors if big ticket display items are for sale.

We actually believe that Barco’s size and muscle combined with the entrepreneurial approach of dZine might just see a Barco focus on digital signage and digital out of home (so think along the lines that we might have another Harris Broadcasting type business on our hands rather than the disaster that is Cisco’s foray into the space).

Another simple reason that the acquisition is good for Barco is the price. dZine was picked up for next to nothing – it wasn’t quite bought for a case of Stella Artois and some Belgian chips (traditionally eaten with Mayonnaise) but it cannot have been far off!

The press release stated that “The total acquisition cost for Barco at the time of the transaction is less than 1 time annual sales of dZine excluding an earn-out provision over the next two and a half years” – to us that means that dZine as a company must have been having issues and was running into trouble. Why else would they go for such a low multiple with any (future) benefit on the back (risk) side of the transaction (the earn out provision)?

As of today, dZine’s core team of just under 50 staff, the majority of which are based in Kortrijk, Belgium, will function as Barco’s center of competence for digital signage technology. Luc Deconinck, General Manager of dZine was upbeat “We are excited to join the big Barco family. Teaming up with a globally recognized brand such as Barco will permit us to increase our reach and to extend our existing sales, marketing, and service capabilities.”

This entry was posted on Wednesday, July 21st, 2010 at 02:16 @136 and is filed under DailyDOOH Update. You can follow any responses to this entry through the RSS 2.0 feed. You can leave a response, or trackback from your own site.

2 Responses to “Barco’s Acquisition Of dZine”