Media Displays In The Dragon’s Den 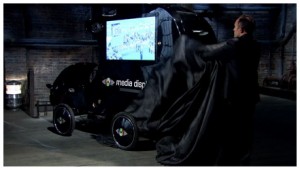 Ian Taylor in the Dragon's Den

Back in 2007 Mark Greenhalgh pitched his Cabtivate idea to the Dragons (with no luck) and in August 2009 Ronan McCarthy pitched his Spit ‘n’ Polish Shoeshine idea (also with no luck) so Ian Taylor (owner and founder of Media Displays) was a brave man to have a go.

As it was he walked away with GBP 80,000 although he had to part with 40% of the business to Dragon James Caan.

Personally we are always in two minds about these sorts of reality programmes – both the Dragon’s Den and The Apprentice (the latter on both sides of the pond of course) bear little resemblance to life or business in the real world. Typical investor’s don’t behave like on Dragons Den and real businesses couldn’t afford to shout and bully like on the Apprentice.

The reality of reality TV like this, especially as it pretends to be about business, is that it is about as far fetched as the Queen’s picture of reality in Through the Looking-Glass, and What Alice Found There (1871) – in addition the poor sod who stands in front of the dragons ends up laying his life bare and opens his business and its books for all to see.

Ian was asking for GBP 80,000 and was prepared to give away 25% of his company. He wanted the money to hire a direct sales team and possibly add more inventory (more bikes one assumes). He was very confident in the Den and came across well. He was also personable and from both those perspectives he will have done his business a lot of good – people like dealing with nice, honest people.

Media Displays has 6 employees and picks up 55% of its business from the agency world although as we have featured on these pages here a few times direct clients include the likes of: councils up and down the country, 7 police forces and 6 race courses.

Ian made mention that it his intention to try and gain more national advertisers and this is something that he is doing with his two TV Vans.

Ian started the business with his own money, putting in an initial GBP 90,000 via a Director’s loan. The revenue and profit figures make interesting, if not attractive, reading…

Ian told the Dragons that his business was currently running at break even and was on track to make a profit of 40,000 this year. 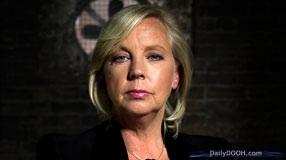 The smartest Dragon in the Den

Deborah Meaden, easily the smartest Dragon in the Den was the first to comment on profitability “I have a horrible feeling that you don’t know how to make a profit and you haven’t shown anything here today that tells me you do and so for that reason I am out”.

Media Displays hire their vans out at GBP 1,200 a day and their bikes at 499 a day and Theo Paphitis was drawn to say “the model as you have got it at at the moment doesn’t work … I can’t see a way that if i invested anything in you (I would make a profit) … for that reason I’m out”.

Peter Jones was next to beat up on Ian and told him “I worry for you and i worry for the business and its longevity” so it was no surprise also that he refused to invest.

Duncan Bannatyne was his usual self (has he ever invested in anything on this programme?) and simply came up with the old cliche “Revenue is turnover, turnover is vanity and profit is sanity” (yeah thanks Duncan) and then went on to say “I wish you all the best of luck but i am sorry I can’t invest and I’m out” blah blah boring boring.

In the end it was down to James Caan to make an offer. There was some negotiation around the initial offer of ‘80,000 for 45%’ based on meeting various forecast figures but bottom line Ian got what he came for (money) and an awful lot of publicity to boot. As Evan Davis who presents the programme is wont to say “he leaves with an influential multi-millionaire on board”.

This entry was posted on Tuesday, September 14th, 2010 at 11:33 @523 and is filed under DailyDOOH Update. You can follow any responses to this entry through the RSS 2.0 feed. Responses are currently closed, but you can trackback from your own site.