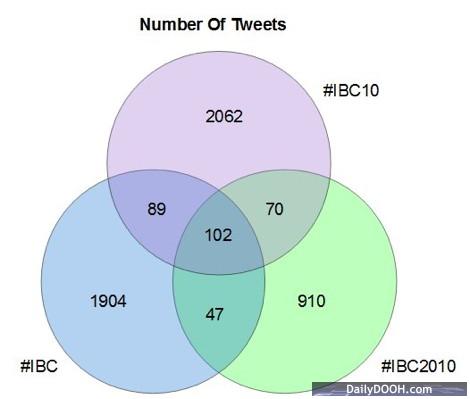 However, a more serious threat started on the night of the last show day, when a lot of traffic related to Justin Bieber using #iBc started arriving from South America. Over the next few days, the volume had equalled the number of tweets generated by the IBC show using the #IBC hashtag!!!

This entry was posted on Monday, September 27th, 2010 at 13:01 @584 and is filed under DailyDOOH Update. You can follow any responses to this entry through the RSS 2.0 feed. You can leave a response, or trackback from your own site.