Speaking in London earlier this week, Jeremy Male, CEO UK & Northern Europe of JCDecaux, announced that the company will double its digital presence in rail and malls in the UK by Q3 2011, making digital Outdoor a truly national proposition. 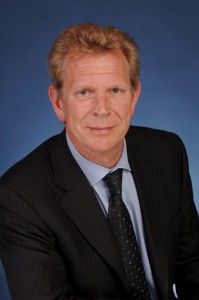 JCDecaux will launch the first national rail D6 network and extend the mall D6 network across the UK, as part of wider digital investment across all environments. JCDecaux confirmed the appointment of Steve Arnold as its first Head of Digital (that we wrote about weeks ago here) to champion the development of digital across environments.

Jeremy Male said “2010 was a watershed for digital Outdoor with revenue driven by national events where topicality was of the essence during the Election, World Cup and Wimbledon. With 1 pound in every 8 now spent on digital Outdoor, digital has become part of the media mainstream and with the Olympics round the corner, this could rise to 1 in 5 by 2012.”

He continued “JCDecaux’s investment means digital Outdoor will reach more people on a daily basis than the quality and mid-market national press put together and more than radio over a two-week campaign. A tipping point has been reached with digital revenues forecast to reach £115 million in 2011, and as a national proposition, digital Outdoor will attract new brands to the medium. JCDecaux has spearheaded the transformation of traditional Outdoor and we are now looking to do the same for digital.”

He called for the industry to change digital Outdoor from a London-centric offer to a national medium, noting that 80% of 2010 digital Outdoor revenues were derived from London, with investment (whether at Westfield, Terminal 5, on roadside, or on the tube) largely concentrated in the capital.

This entry was posted on Friday, December 3rd, 2010 at 11:20 @514 and is filed under DailyDOOH Update. You can follow any responses to this entry through the RSS 2.0 feed. You can leave a response, or trackback from your own site.

One Response to “JCDecaux To Double Mall and Rail Digital Presence”