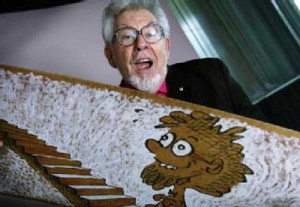 I did NOT fund the network

As you know the ‘Powered By Harris’ logo was spotted on the DDN 7-Eleven network back in January but since then there has been no official announcement from either party on involvement, terms (of the deal) or deployment.

Anyway, news now reaches us that an announcement is likely to be made at #dse2011 next week in Las Vegas.

A ‘VIP Harris Press Event’ has been organised for Wednesday, February 23, 2011 at 4:30 p.m, LVCC Harris Booth #1600 – we quote the press tease “Please join Harris for a key announcement and exclusive press event. This is one you don’t want to miss!” so it’s quite likely that this is what it is all about.

This entry was posted on Thursday, February 17th, 2011 at 10:38 @485 and is filed under DailyDOOH Update. You can follow any responses to this entry through the RSS 2.0 feed. You can leave a response, or trackback from your own site.