Meredith And PRN Team Up On Custom Video Content 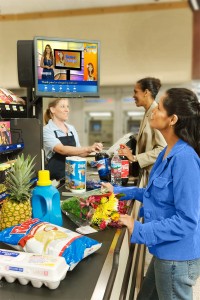 Under this development and production services agreement, Meredith Video Studios and PRN will develop, create and produce custom video content that PRN will distribute to millions of shoppers in more than 4,500 retail and supermarket locations across the United States.

Kieran Clarke, Executive Vice President of Meredith Video Studios told us “Meredith Video Studios has set the industry standard in delivering important information to consumers on multiple media platforms. Joining forces with PRN gives us a mass-reach distribution channel that provides the ability to interact with marketers and consumers in this exciting and emerging space outside the home.”

Video lengths will run from 30 seconds to two minutes, focusing on topics ranging from better living and wellness to parenting and entertaining. The videos will leverage Meredith’s home, shelter and parenting expertise, and will be based on content from Meredith’s expansive brand portfolio including Better Homes and Gardens, Parents, Family Circle, More, and Fitness magazines.

This entry was posted on Monday, April 18th, 2011 at 19:31 @855 and is filed under DailyDOOH Update. You can follow any responses to this entry through the RSS 2.0 feed. You can leave a response, or trackback from your own site.