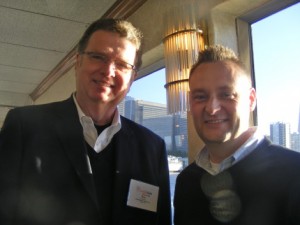 He succeeds Stuart Armstrong, president of EnQii Americas, in the position.

“I’m excited about the upcoming year,” says Ardinger. “I have seen the association grow to become more inclusive, more engaged, and more forward thinking as the markets and technologies have grown and changed. Whether digital signage, kiosks or mobile, we now have a platform for the industry to build on and an opportunity to engage and educate the market about the benefits of digital screenmedia.”

This entry was posted on Wednesday, April 27th, 2011 at 06:54 @329 and is filed under DailyDOOH Update. You can follow any responses to this entry through the RSS 2.0 feed. You can leave a response, or trackback from your own site.