This week, we are looking forward to getting our hands on Kinetic’s 2011 UK Digital OOH handbook now in its third year which is always a good read and is something that sits on our shelf all year long as a ready reference. 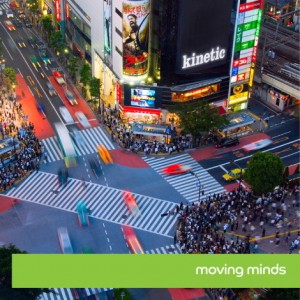 Mind you this year the handbook has been launched as both a hard copy and as an eBook (you can see the eBook here) so we have already had a good thumb through.

Nick Mawditt, Kinetic’s global director of insight and marketing told us “Digital OOH is continuing to drive any growth in Out of Home media across 2011 and has now achieved both scale and mainstream status, reaching shoppers, commuters, socialisers and workers -genuinely across the country – in many popular leisure and travel environments”.

He continued “Advertisers’ use of digital OOH has evolved significantly, with greater and more engaging use of dynamic content and interactivity delivering both relevant and creative messaging. The growth of digital sites has largely been dependent on location; the vast majority are in enclosed environments such as rail and tube, shopping malls, airports and within retailers. Critical factors influencing the potential for engaging consumers with interactive screen experiences include dwell-time and technology capability. Strong potential exists in these locations, some roadside and other destination environments”.

The handbook bears witness to 27 new format entries in the past year, with nine ‘coming soon’ formats. Mind you one of those is Clear Channel’s Socialite (Pub and Bar Network) allegedly coming Q3 201 but which has been touted around now for three years – we first made mention of Socialite back in May 2008.

Anyway, the handbook is an excellent reference and as we have pointed out before, in style and substance it’s a nice continuation of the DOOHAN, The Screen UK Advertising Networks Directory that we used to compile, edit and update every couple of months. It is a shame that the handbook is still plagued by niggling little (factual) errors and some blatant and some not-so blatant Kinetic network favouritism.

This entry was posted on Monday, July 4th, 2011 at 07:22 @348 and is filed under DailyDOOH Update. You can follow any responses to this entry through the RSS 2.0 feed. You can leave a response, or trackback from your own site.

One Response to “The 2011 UK Digital OOH Handbook”