Walking in Edgware Road, London, near the tube station, I stumbled upon an interesting display with a very clear message: if you want to advertise here follow these four steps.

Interestingly, it was initially the demonstration of how to actually advertise that really caught my eye (the ‘steps’ 1, 2, 3 and 4, were a very powerful graphic) … 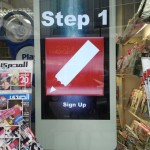 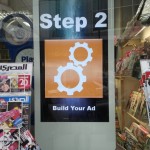 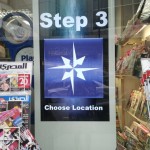 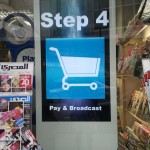 StreetAd.tv is described as an “entirely new media platform launched” and was launched back in 2010 delivering local content direct to the street. It’s put together by a company called Shahmoon TV.

This (new) network didn’t really grow for a year, but we’ve suddenly started seeing more of these 46” HD digital posters around the west end of London so they may be a network to watch.

To use ‘StreetAd Builder’ an advertiser needs to sign up on the website – which is free – and then follow the four steps. Prices are clearly stated and listed with a £25 a week option or packages starting from £196.00 for a four-week deal up to £1680.00 for a 48 week deal with discounts if it’s paid at once instead of monthly.

The advert, which will be displayed for an average of 10 seconds, can be created in a Portrait or Landscape design. Add static images, text and video.

This entry was posted on Friday, July 22nd, 2011 at 10:00 @458 and is filed under DailyDOOH Update. You can follow any responses to this entry through the RSS 2.0 feed. You can leave a response, or trackback from your own site.