“The days of the player being the clever bit are long gone” so says Silver Curve’s Bryan Crotaz and a member of the OpenSplash Steering Group. 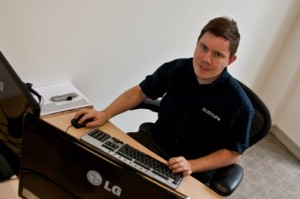 OpenSplash has continued to have tremendous interest from network owners, software vendors, universities and perhaps most of all from screen manufacturers.

DGScreen were of course, a few weeks ago, one of the first digital signage providers to integrate the OpenSplash software media player into their CMS system and they to have had lots of very positive response.

Our feeling along with signagelive’s Jason Cremins and Bryan Crotaz (signagelive and Bryan are both represented on the steering group) and many others is that OpenSplash will help the industry enormously – please use this post for discussion (see the comments below). It’s always better if folks do NOT comment anonymously but if that’s what people want to do then we’d prefer an anonymous comment than none at all.

We feel that there has definitely been a lack of innovation in the digital signage software space for some time (and the industry does not need 300 companies re-writing and re-working the same old player) and we believe that this open source initiative will really help spur the industry forward.

Look out for more news, well ahead of #ScreenMediaExpo in London in May.

This entry was posted on Monday, January 16th, 2012 at 09:02 @418 and is filed under Scuttlebut. You can follow any responses to this entry through the RSS 2.0 feed. You can leave a response, or trackback from your own site.