It’s definitely been a crazy few days for our UK based staff, most of us live in or around London but thankfully none of us has been personally affected by any of the rioting going on. 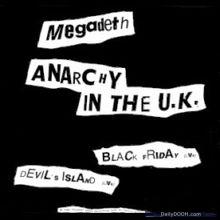 With typical British stiff upper lip we have ‘kept calm and carried on’ and amused ourselves in the office with an unusual playlist; Anarchy in the UK, White Riot, London’s Burning (demonstrating our knowledge of punk from the mid-1970’s of course) and predictable tunes like ‘I Predict a Riot’ have kept us company with the TV News channels permanently on as well.

On Wednesday Dave Haynes (who always writes intelligently) published a thought provoking post entitled ‘England’s riots: Using screens to fight the national lootery‘ which on the face of it made a lot of sense.

He is spot on with points one and two and we’d agree with his point four also. With the latter we’d just add that it should be simple enough for the yobs’ role models to be up on a screen somewhere calling for calm quickly and easily (the cynic in me says that many of the role models of the young are themselves yobs; footballers, rap artists etc it’s just that they have money) but the idea is there. Quick posters up on DOOH networks calling for calm the day after the night before make a lot of sense on so many levels. This also works with religious leaders being up on a screen somewhere and with rioting spreading to areas of Birmingham and Manchester many could see how they could easily help calm tensions.

Now we are not experts on this at all and it’s just a feeling but point three..

A Digital OOH network is a brilliant delivery model for finding or at least shaming the local yobs who were caught on cameras. In the wake of the rioting, police departments and enterprising individuals are posting images online of the faces of teens coming and going from picking up a few things at the ransacked shop. UK police departments are skirting around the innocent unless proven otherwise thing by releasing photos of looters on Flickr and saying only that these are people they’d “like to speak to” concerning the incidents. Just imagine Mom in the local shop seeing her darling son on the screen, and storming home, steaming venting from her ears.

… we think most probably doesn’t work. Naming and shaming ‘mobs’ is not the same as the FBI Most Wanted posters up on giant billboards. Yob / Mob photos on a giant billboard or a gas station / petrol forecourt or convenience store network are probably more likely than not to simply antagonise people and could end up having scree s ripped out or expensive digital billboards damaged.

That’s just our take but we bet most of the UK networks thought about this and then decided very quickly against doing so.

This entry was posted on Wednesday, August 10th, 2011 at 19:36 @858 and is filed under DailyDOOH Update. You can follow any responses to this entry through the RSS 2.0 feed. You can leave a response, or trackback from your own site.

4 Responses to “Online (Not DOOH) Wins The National Lootery”